A response to RELATIONS: Diaspora and Painting

[At a private, all-girls’ school in Cambridge: It’s September, and an autumn chill is in the air. I’m thirteen years old, and this is my first week in school in this strange new country. We are dressed in navy blazers and navy sweaters, black tights and black shoes. My acrylic sweater scratches my skin, which is still acclimating to the dryness and cold. My wool blazer is embroidered with the school emblem – a white pelican gouging its feathered breast; three blood-red drops trickling down to succor its chicks. My blazer stands stiffly above my shoulders – it is three sizes too big, in the hopes that I would grow into it for years to come.

Lessons are held ensconced within thick, limestone brick walls, topped with iron-wrought barbs. There are a hundred students in my year, but only one girl who looks a little like me. Anna is half-Asian, and speaks with a posh British accent, like everyone else. Her hair is long and black, and her eyes look like mine. I feel a disjointed sense of familiarity; I am inexplicably drawn to her. I am confused, at first, when she assiduously avoids me.

They laugh at my accent. I feel my tongue betraying me with its involuntary spasms as I try, in vain, to mimic their small mouths and rounded words. They don’t know where Singapore is – “it’s somewhere in China, isn’t it?” My curly, unruly hair is held down with a wide headband, hidden in a tight bun all day. It gives me a headache, but maybe, I hope, I look closer to fitting in.

My cultural naïveté and awkward accent betray my very unbelonging. It is easier to be silent – unseen and unheard, but safe.

“…and it was the Asian women who didn’t talk, who sat there meekly like mice with nice hair,
making me want to urge: You need to talk! Or they’ll walk all over you!”

| and the unbridled joy of becoming

We will swing and dance to our heart’s content,

We will laugh and cry in raucous delight,

as you frown, disapproving, tut-tutting!

We will stand up, and speak till we are heard – 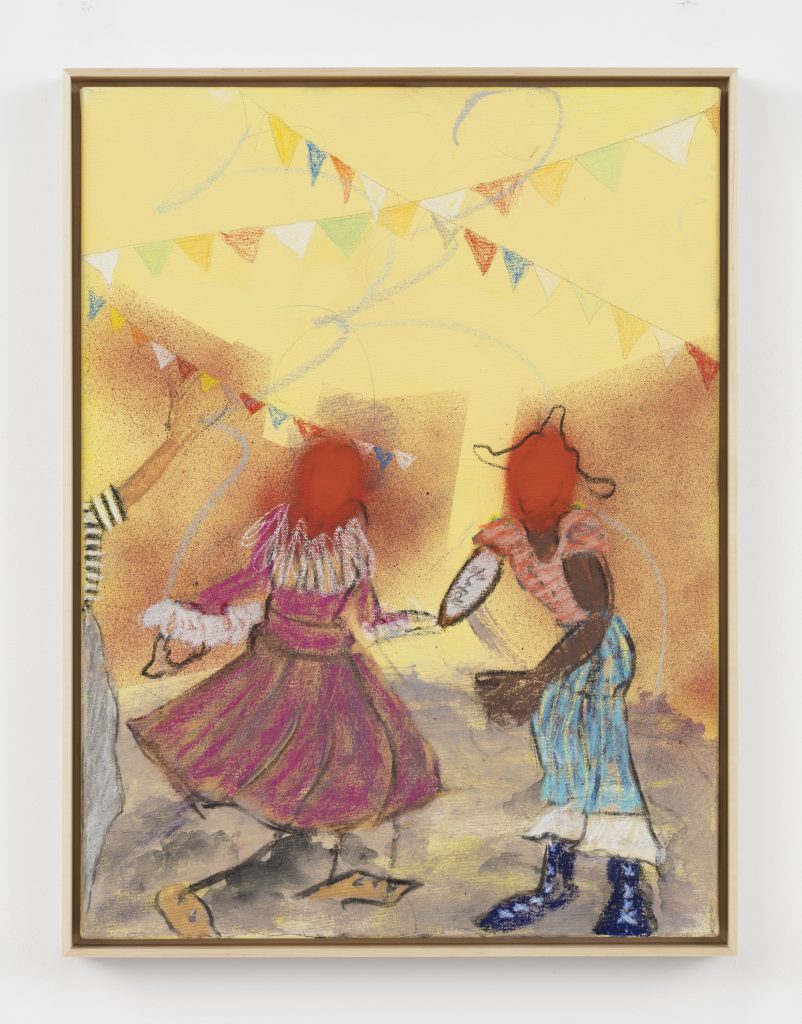 [At a train station in Singapore: It’s off-peak, and not too busy. I tap my EZ-Link transit pass against the shiny platform gates, which open automatically before me. I hear a loud slap! A black, bulging wallet rests on the grey tiles in front of me. Ahead, I see a portly man, dressed in a shirt and dark, pleated slacks. There’s no one else around. He’s an ang moh, the colloquial term for white people, translated from ‘red hair’ in the Hokkien dialect.

He’s walking away. I pick up the wallet, open my mouth to call out, but my voice strangles in my throat. Growing up, I was taught to call anyone older than me ‘auntie’ or ‘uncle’ – from a plethora of distant relatives I saw once a year during Lunar New Year, to everyday strangers – the hawkers from my favourite street stalls, the taxi drivers in their baby blue Comfort cars. We share the warm, raucous phonetics of our colloquial Singlish, and an intangible familiarity across faces from our local Chinese, Malay, and Indian ethnicities. But this man? In Singapore’s colonial history, he has more in common with the white-washed statues of our British founder, frowning down from their pedestals, than anyone I grew up with. I couldn’t place this man; I didn’t know how to address him.

He’s walking away. I look down and see the wallet in my hand. I rush forwards and call out, unthinking, “Sir, Sir!”

I’ve never called anyone ‘Sir’ before.

He stops, turns, and sees a young woman in shorts, worn Teva sandals and a frayed, yellow knapsack. My hand is outstretched, holding out his wallet. His cheeks sag downwards. His eyes are blank and expressionless, as if he doesn’t see me. He takes the wallet, turns around and leaves, all without a word. I freeze, and feel a flush of shame warming my cheeks. My anger rises, at him – who does he think he is? – but soon finds a more familiar, ready target – what a fool I am!]

“It is a peculiar sensation, this double-consciousness, this sense of always looking at one’s self through the eyes of others, of measuring one’s soul by the tape of a world that looks on in amused contempt and pity.” 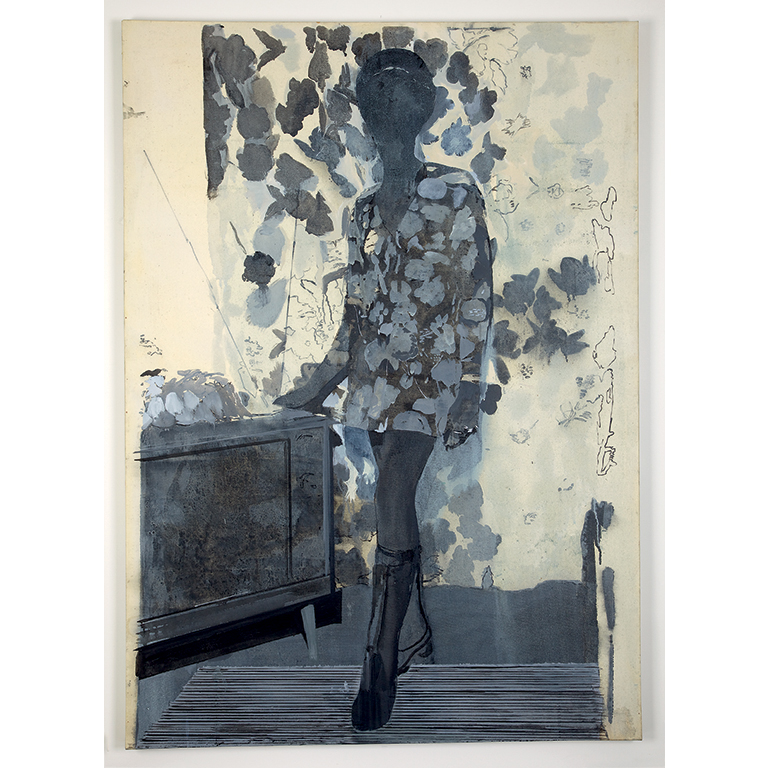 | and everywhere all at once

that never quite fit; still I bend and fold

trying futilely to fly, to comply.

What, or where, is home, when to survive means:

Navigating the many shades of grey;

each and all perfectly valid and real.

…a future that is never guaranteed.

Never knowing the surety of place,

always and anxiously searching for the

ties that bind, our roots and relations,

caught in those liminal slivers of life –

that confusing yet convincing feeling

of family, but in a stranger’s face,

of finally coming home, but to a

opposing yet juxtaposed selves as we

flit through the ways of ‘being-in-the-world’3

along the paths of place and placelessness.5

Neither inside nor out, here nor there, we

[I’m ten years old. Someone hands me a photo – it’s me, grinning mischievously. One of the girls in my Catholic convent school is celebrating her birthday. We’re in the open-air canteen, revelling in recess. Girls dressed in green pleated skirts and sleeveless white shirts are gathered in excitement around a long, metal table. There were snacks, and it was fun, I remember. Yet, in the photo, all I can see is my nose – my upturned, button nose, with its non-existent bridge.

My aunties admonish me to grow it straight, instructing – “Pinch it hard, everyday, like this!” I suspected, even then, that this is not how noses grow, but I diligently, dutifully try anyway.]

“You can see new anxieties about personal hygiene, personal care, personal beauty, all getting tangled up with ideas about whiteness and race more broadly. How is whiteness going to be defined? Who is going to get the privileges associated with it? It’s important to understand that it’s part of a white supremacist system…that there’s whole legal, economic and social structures supporting that psychological harm.”

During the Korean War, American military surgeon Ralph Millard, stationed in South Korea, pioneered ‘deorientalizing’ surgeries, where he identified “the flat nose and the oriental eye”7 as features that could be easily surgically altered to reflect occidental – or Western – faces, with striking results. In 1964, he went on to note that the ‘oriental eye’ “produces a passive expression which seems to epitomize the stoical and unemotional manner of the Oriental.”8 Thirty years on, this racial prejudice endures. Research finds that Asian American women undergo the knife to alter “stereotyped genetic physical features (“small, slanty” eyes and a “flat” nose)” that is associated, under a global hegemonic norm of white beauty, with negative character traits such as “passivity, dullness, and a lack of sociability.”9

| and the many gazes upon them

It’s called the epicanthic fold, or the

Asian rhinoplasty should do the trick!

Light skin, straight hair, slim build – all you need are

imperial gaze; not forgetting our

own inward gaze, mirrored, redolent with

Turned inward, twisted every which way,

we baulk at the very idea that we –

we! – could be beautiful and powerful.

We reject the gifts that we were given;

dull our incandescence to better

perform for those bestowed with privilege

for whom equality means oppression.

Imposed imaginaries of what they

want to see and hear and touch, constructed

from the corporeal flesh of our

we mistake – embrace! – them as our own.

– knowing all the while that, deep down, it means,

We will never, ever, be white enough.

Unlearning the many things I was told;

dismantling the many scaffolds of self –

no less a feat than learning up is down

the weight of education around my neck.

We bow in abject obeisance no more.

Now, I return the gaze with mine third eye –

glittering, glaring through the half-drawn veil.

Finally, the scales tumble from my eyes.

For the first time in many years, I see

the brute ugliness I saw reflected

was never of my own making, but yours.

[Yellowknife: The World Health Organization has just declared a pandemic. I halt my fieldwork in Nunavut immediately to return to Calgary, but flight connections are sparse in the remote North, which means an overnight layover. I’m walking on the snowy pavement in the gentrifying Old Town, minutes from my Airbnb. On one side, two young children are happily building what seems to be the first vestiges of a snowman (currently a large, misshapen mound). A brown sedan drives by.

“Go home!” – I turn around, aghast. There’s grey in her hair; her face is contorted with rage. I don’t dare stare. She pulls over and starts to get out.

“I’m going to kill you!” – I walk faster. I don’t look back. She never catches up to me. I’m worried they know where I’m staying. I close the curtains and bolt the door. I stay, safely sequestered, in my bedroom until my flight the next day. It feels like hours before the frantic thump-thump-thump of my heart, reverberating through my chest, starts to fade.]

Across Canada, incidents of anti-Asian racism exceed those in the United States on a per Asian capita basis. Most of these attacks are against Asian women. 30% of racist encounters are violent.10 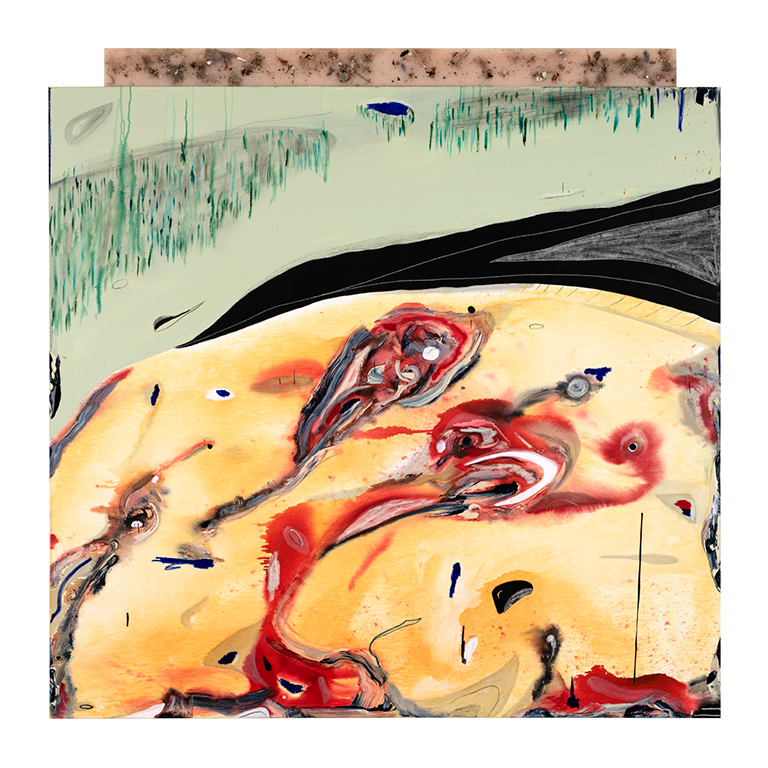 my way through imaginary landscapes

strewn with splinters and gum wrappers and dirt,

rusted nails and fallen detritus, all

Brothers gasp for breath with each brutal blow;

sisters, unresisting, slammed to the ground;

mothers and daughters, gunned down just for the

sheer effrontery of simply being.

So this is progress; so this is justice –

This is what it means to be civilized.

Tell me one more time – who’s the savage now?

I bleed with each cut and slash and gouge, yet

I will not falter, nor fall on my knees.

This too, shall pass, in the cycle of dark

My story is not yours to write, nor tell –

it began long before you ever were.

I remember my grandmother, her hands

gnarled and twisted, clasped tightly over mine.

I remember my father, rasping the

words ‘I love you’, for the very last time.

Your stories are mine; my story is yours –

they will not be taken from us again.

Through the ages, we will once more endure.

Lend me your constant strength when I falter;

whisper to me wise words when I am weak;

be with me, so that I am not alone,

and when the time comes, walk me home to you.12

Suzanne Chew was an inaugural writer-in-residence at Esker Foundation in partnership with d.talks’ WriteON writing workshops.

The idea for this residency and publishing program was to initiate writing opportunities locally, with d.talks, Esker Foundation, and the Calgary Public Library. 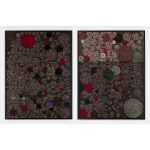 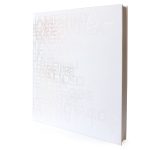