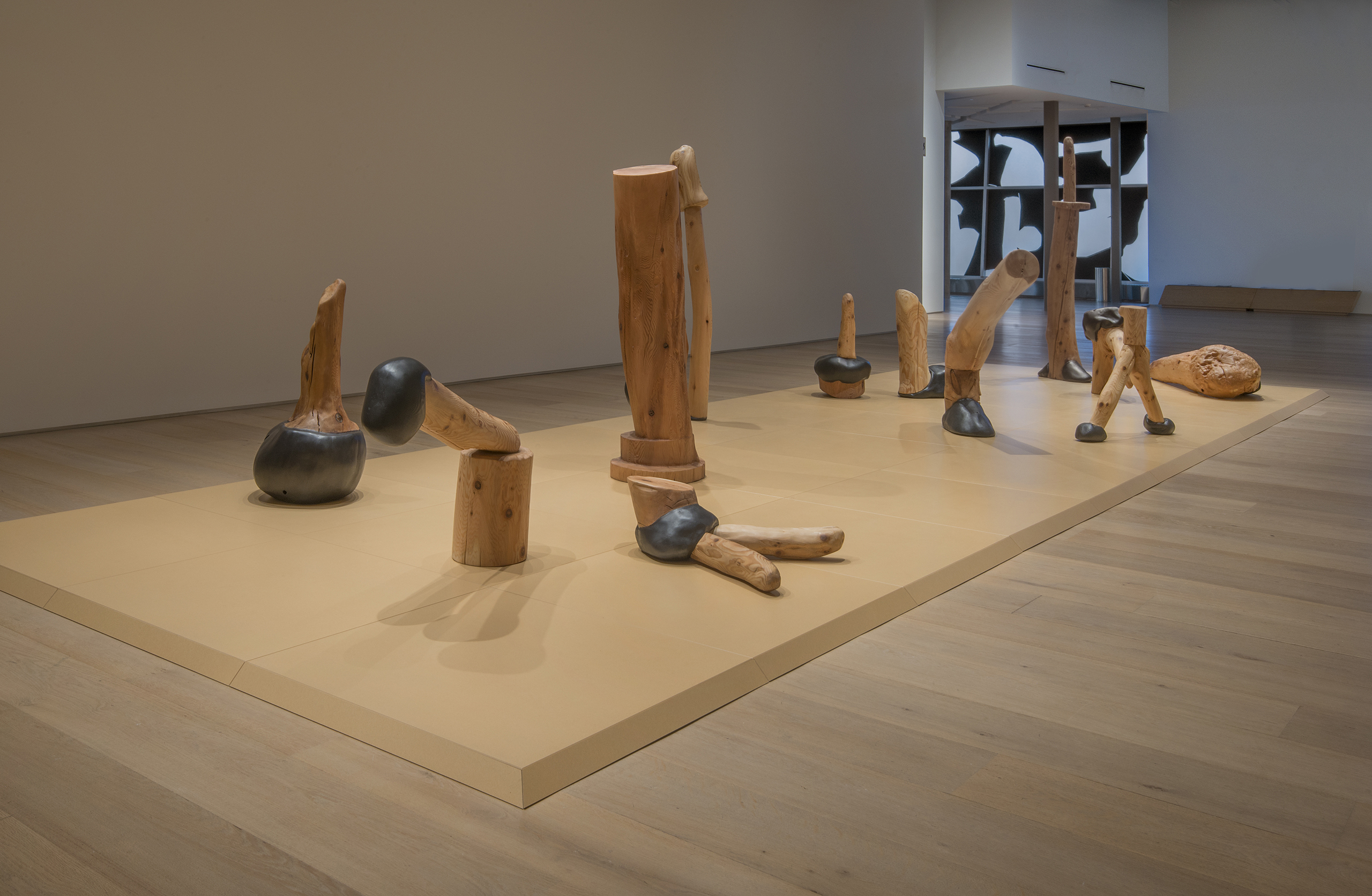 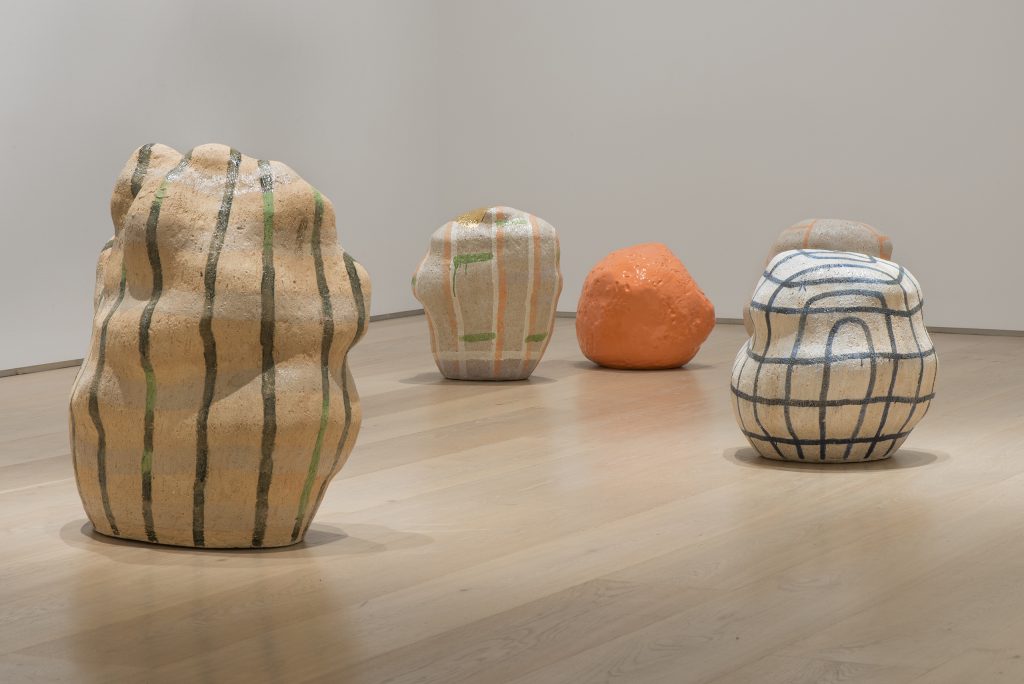 Something transmitted, a here, a sense that overruns, gives over, elaborates, leading us within,

to a relational surrender, an untethering of time, a reconstituting of space,

the ordinary and the everyday are of it, a stretched freedom that hesitates, between, convening, a suture, a kind of reformulation,

approaching, pushing, overlapping, it’s an oscillating surrender, not struggle nor sovereignty, but a stage, redirecting us to the place where doubt is recuperated,

a container, designed to self, sweet, ordinary, grounding and adding, the performance that’s built of and on creation,

forged from the remains, and ordinary emotional rewriting, a companion term to into, that leads, does us open,

This resonance is the work of uncomfortableness, millennial, a force that titles ritual, tales vulnerability and deconstructs habitual time,

it uses, weighs, pushes, holds, it’s a medium that emerges from the distance, like a smell before something is found,

it requires the everything work,

it assembles a team of small connections, the pieces not in any wooden order, its poetical joinings formed by stretching, by things that crouch between dark objects,

only ever broadly suggested, a shape-gesture, a surface of uninterrupted colour, a byproduct of a materialised syntax, a narrative that resources the body with the abyss,

it does not operates at the end, at emblematic points, but at the or, in-situ, in the around, at the crossroads of holds, at convergent handfuls, the intersections of experience, and intertwining nooses,

Or perhaps more like a rainy length of string that form and sharpen and fall, caught on fingernails scissoring the rift, or the water that pools in holes and fills up the language of rips, of shapes,

It’s half-drowned in material language, buoyed only by a kind of consistent personal, a narrative that’s embedded, signified in silver, assembled as a coalition of potential, an inky drawing,

It’s the experimental garbage and she the picker, the ink raft full of the terminal, the paper shape moving forward like a snow drift,

a counter-weight hip shift, a splaying of fingertips, a circular sized gesture, a palm line, an unfired string,

made, cajoled, squeezed, the clay to make her inside-men, her clenched narrow fists, her shoulder shrugging river, her unending pulse, as central as a body, the burden and the disposal,

it’s a slippery sort of absence, like a material half-consumed, or plucked away speech, or gums mouthing at background objects,

full of nondescript referencing that archive its shape shifts, its melted associations,

it’s a rolling speculative proposition, a mirror that’s limbless, or perhaps its closer to dance as a form of ignition, the if, the through, the sister-wife sounding to an empty alarm,

this complication of the nether, this skeletal legacy, these cold shapes, these bit-players in the drama of regrouping, of reconnecting intimacy,

it’s the page that restage the void, that empties the essence back into the object, that shaves the parts and soliloquies a suicidal hewing,

the glassy backdrop, the torsos with crimson legs, the arm in the shape of circles, the blobs, the ceramic-white hands, the fever three digits removed, the brown dancing, the earth disconnecting from the bulge,

it’s the original relationship, the one between you and the forms dripping down your spine, that gives you a referential terror of tearing, of leaping over the blank,

of leaking out through fistfuls of candid half-truth, of pages weighed down with a transparent archive, of slow pivots back to unpredictable clay,

this tamping down is wholeness by way of collage, a coincidental scar narrative, a grouping of neighbouring gestures, a becoming altered, a finger dragged across the un-determined, the as-or-yet, the un-known, the is-more-than,

it’s the second-story to curiosity, the peeling work, the last great lingering dialogue, into our-not-yet, an elevator dance that calls bodies to language, to a form of speaking forsaken in wet anxiety, it’s a brimming over with letters,

the annihilation,
the initiation,

the place at the table for the sly ghosts, for notorious movers of blob semantics, and the snicker choreographers, and the town gigglers,

The ones who can monologue the body, who can perform simultaneous failures, who can sing with an exaggerated vocabulary,

who poke fun at everything under the bed, who fun-dust bruises, whose eyes bulge, whose hands seek,

their soft musical bodies pluck memory, backs littered with contusions like lumpy asinine wings, all rubber veils and silly-straws, loose part-time organs outlining a language pulled up by the roots,

it’s a text shaped by busy edges, a play staged inside a puckered lexicon, a hot small dance, an invisible stretching of improbable confines,

it’s an illness that chronically points,

a not quite prologue, a troupe sluicing off ironically titled suffering, the inevitable doing away with the body-metaphor, and its spider webs of broken escapes,

and tragedy’s soiled carpet, and loose eyes, and excess secrets, and joke aesthetics, and the weight of recycled dance, and circular work,

and the pages liquidating context, and the economy of counterpoints, and a sideways obsolescence, and the flow of the body into the ebb of the theatre,

and the well-staged shuffle, and things not quite holding, and the movement end of a twisting body, and the openness of leaving,

and the commerce funding authenticity, and the choices produced by practise and the found heavy objects, and the jazz accumulations,

and the eruptions of the ongoing, and the setting things running, and the small breath-acts, and the anti-climactic endings, and the untranslatable thing,

and the arrival at the feeling season of rapture. 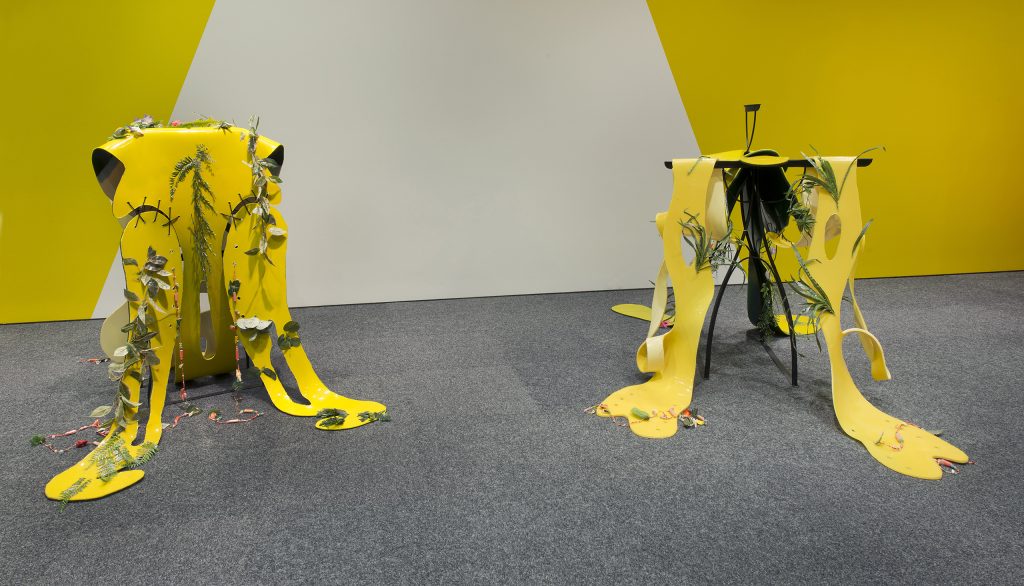 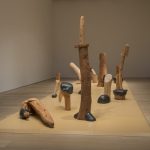 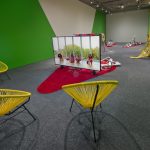 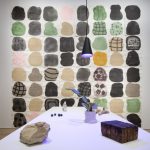 Gailan Ngan: From The Studio Floor 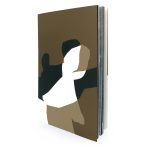