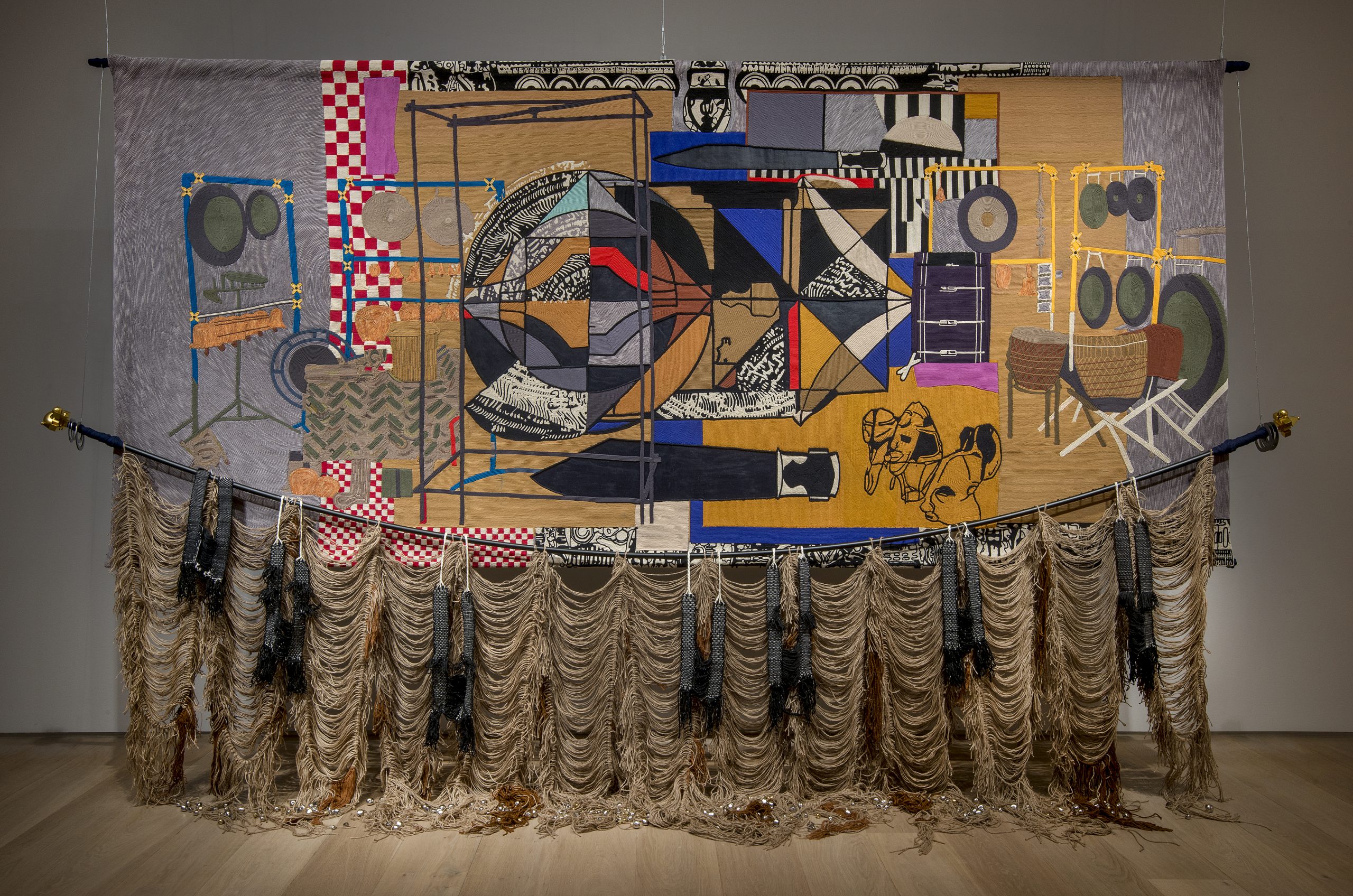 In response to Jeffrey Gibson and Nep Sidhu

In Heme ♦ Stand Healing, I endeavoured to create a sonic reflection that honoured the distinctiveness of each artist, while wholistically encapsulating a sense of two powerful exhibits in a shared gallery space. A good piece of music, like a good work of art, needs to be limited in its sonic ideas in order to have cohesion. Thus, I began by considering the material and geistliche commonalities of Jeffrey Gibson’s and Nep Sidhu’s works. I chose one thing that struck me as distinctive in each, then I looked for subtle connectivities that could musically bring coherence to the differences. Like the textiles both artists used, I needed metaphorical sinew and thread to stitch the ideas together.

Materially, both Sidhu and Gibson used copper and brass (an alloy of copper and zinc) in their works, and both refer to sound as a vessel for commune (with others and with transcendence) and for transformation. I chose to use the atomic numbers of copper and zinc to create a formula for a harmonic sequence that, in combination with a rhythmic structure based on the number of drums in Gibson’s To Name An Other, frames the beginning and end of my response. For the second part of Heme ♦ Stand Healing, I chose five phrases from To Name An Other, creating a melody and rhythm for each as I might sing them. I introduced each as single voices set in profile against echoes symbolizing the supportive potency of unseen bodies, ready to stand in solidarity. These voices lead into a “protest choir” derived from the phrase “He Drums in Their Face”.

The mid-point of Heme ♦ Stand Healing is based upon the geometry of the heme (B) molecule (as well as the letters “F” and “E” as primary musical notes), which represents the prevalence of iron (stainless steel) in Sidhu’s works. Specifically, my use of heme refers to the Sikh kara, which symbolically, serves as a reminder to live justly, while practically, functions as a homeopathic device to prevent anaemia. More importantly, though, the heme molecule is present in almost all forms of animal and plant life on earth. Thus, the centre point of Heme ♦ Stand Healing, symbolizes life itself, the substance from which we derive strength to live and to fight for justice in that life.

The next section of the piece reintroduces the choir, this time singing together with the addition of two new phrases, “She Makes Music as Magick” and “His Prayers Heal Us”, and accompanied by a cardioid rhythm. As the choir recedes, we return to copper and zinc, the elements that—beyond their external nature as static metals—play critical roles within the human body. Copper is essential for our bones and connective tissue (including sinew and fibers used in sewing), while zinc—the second most important trace mineral in the body after iron—is critical for the healing of wounds. 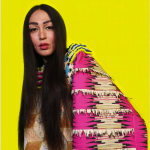 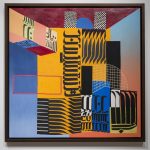 Nep Sidhu: Divine of Form, Formed in the Divine (Medicine for a Nightmare)